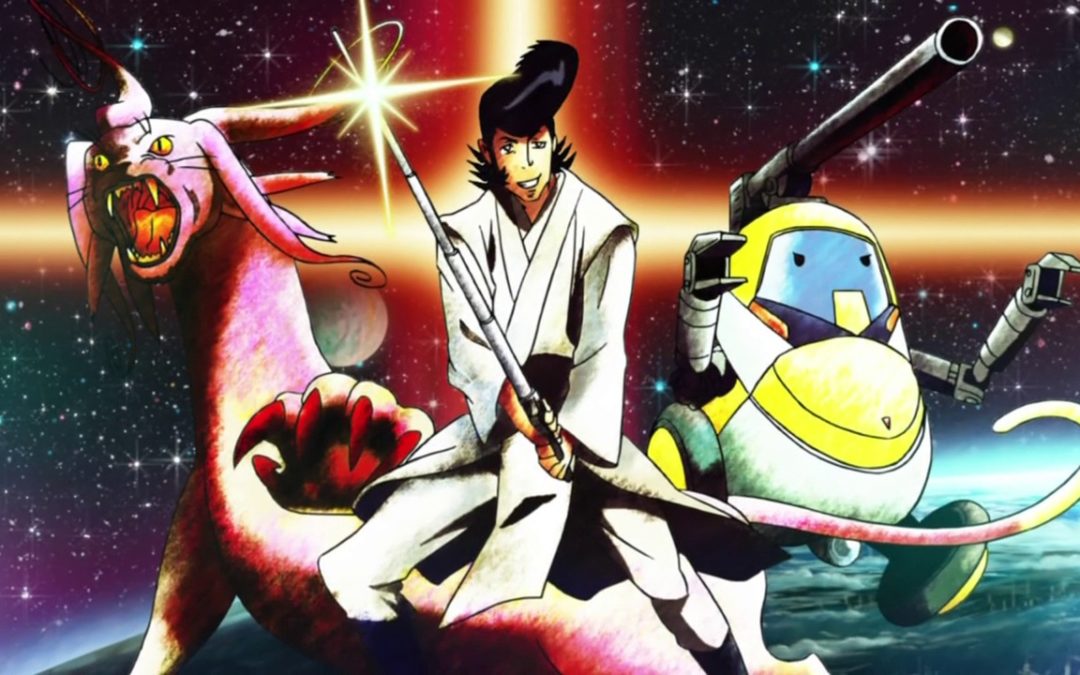 Without a doubt one of the most well-known directors in the anime industry, Shinichiro Watanabe directed some of the most acclaimed anime series. He has provided us with some unique shows in the form of Cowboy Bebop and Samurai Champloo and is still regarded today as one of the best directors out there. As a music lover, he also produced soundtracks for various other series such as Michiko to Hatchin or Lupin III Fujiko Mine to iu Onna.

I had the honor to start my career through an interview with the incredible Shinichiro Watanabe at the occasion of his attendance at Paris Manga in 2016. It was a great occasion to talk with him about the beginning of his career and how he worked on his latest shows Zankyou no Terror and Space Dandy.

When you first started working in the anime industry, you worked on Aoki Ryuusei SPT Layzner alongside Takahashi Ryosuke. Could you tell us how this experience influenced the way you are working?

Shinichiro Watanabe: At that time I wasn’t directing anything, but I was a production assistant. Director Takahashi isn’t the kind of person who does everything himself. He delegates most work to other people. I worked in the same way on Space Dandy as he influenced me.

About Zankyou no Terror, the show seems to be an obvious homage to Taiyou o Nusunda Otoko (The man who stole the sun). Do you think terrorism has changed nowadays compared to the 80 ’s?

Shinichiro Watanabe: I was influenced by Taiyou o Nusunda Otoko when I wrote Zankyou no Terror. However, Taiyou o Nusunda Otoko came out thirty years ago. We’re not in the same era anymore. At that time nobody imagined that Japan could undergo terror attacks. It is so peaceful that Taiyou o Nusunda Otoko’s hero tries himself at terrorism but doesn’t even know how to proceed. Zankyou no terror is more of a serious show, way darker, because in the last thirty years there were many terror attacks, even in Japan in 95. It’s true that in Japan the favorite shows are those with cute girls in it or handsome guys, they are shows that are intended to be watched without thinking. I wanted to create a show that makes people think, that wouldn’t just be a consumer product, it’s with this in mind that I created Zankyou no terror.

In France, a former geopolitics teacher and geostrategic expert at the military academy declared that terror was always a state act. He also claimed that the American government could have done 9/11. Terror is a delicate subject, do you think Zankyou no terror is a bold and committed work?

Shinichiro Watanabe: I didn’t feel any pressure while creating Zankyou no terror. However, it took five years to set up the project because it is hard to find investors when trying to get off a thoughtful project like this one. The sponsors prefer to give their money to productions with cute girls. They won’t bother with shows that have a political aspect like Zankyou no terror.

Is there a show you would have loved to work on?

Shinichiro Watanabe: I would have loved working on Lupin III part I, it’s the anime that influenced me the most, sadly I was still in elementary school at that time, so it wasn’t possible. By the way, there are lots of Lupin III series but I only like the first one, don’t get it wrong!

What are your favorite movie, book and music band?

Shinichiro Watanabe: My favorite movies would be Bruce Lee’s Enter the Dragon and Don Siegel’s Dirty Harry featuring Clint Eastwood. Regarding books, I like Philip K. Dick’s Science Fiction works. Regarding music, it’s tough to choose one since I know so many bands and produce music too! However, if I had to pick one, it would be the Japanese band YMO (Yellow Magic Orchestra) which influenced me a lot!

About Space Dandy, can we consider that if Chirico Cuvie from Soukou Kihei Votoms is one side of a medal, Dandy is the other face?

Shinichiro Watanabe: I certainly didn’t think about it when I was working on the show, but now that you say it it’s obvious! I must have done it unconsciously by my master’s work, Takahashi Ryousuke who I deeply respect.

While working on Space Dandy was there anything that especially struck you?

Shinichiro Watanabe: One of Space Dandy’s writers, Nobumoto Keiko, already had worked with me on Cowboy Bebop. She was very slow in writing her scripts. Every week we have meetings with all the writers, and since she took a long time to write, she didn’t come most of the time. There was a time she didn’t attain five weeks in a row. We were wondering if she If she wasn’t a ghost, a ghostwriter! Once in a while, she came by, and everyone was surprised!

In an interview with Anime News Network, the animator Bahi JD, who worked on Space Dandy, said that Yutaka Nakamura added a scene that wasn’t in the storyboard. Is it right and what did you think about it?

Shinichiro Watanabe: Yutaka Nakamura is someone special. He animated the best action scenes in Cowboy Bebop. Since Nakamura draws such spectacular cuts, I usually let him much freedom, so it happens quite often that he ends up drawing cuts that weren’t planned in the storyboards. For example, there was this scene which was intended to have ten images, and he made the double! He adds many ideas in his action scenes, in my opinion, he is the Jacky Chan of animation!

You seem to be on good terms with Masao Maruyama and studio MAPPA which already produced two of your works, Sakamichi no Apollon and Zankyou no Terror. Do you like working with MAPPA and can we expect more collaborations between you and this studio in the future?

Shinichiro Watanabe: Studio MAPPA is a great studio, so I’d love to keep working with them. The studio’s director, Mister Maruyama often asks me to work with them! Also, you can’t say no when he asks you to work with him. He’s the Japanese animation’s Yoda!

Have you already thought about working on a new project? Can you tell us something about it?

Shinichiro Watanabe: I do have a new original TV Series in mind. I already have all the ideas in my head. Sadly the producers will yell at me if I talk about it here. However, it should come out in 2017. Maybe! 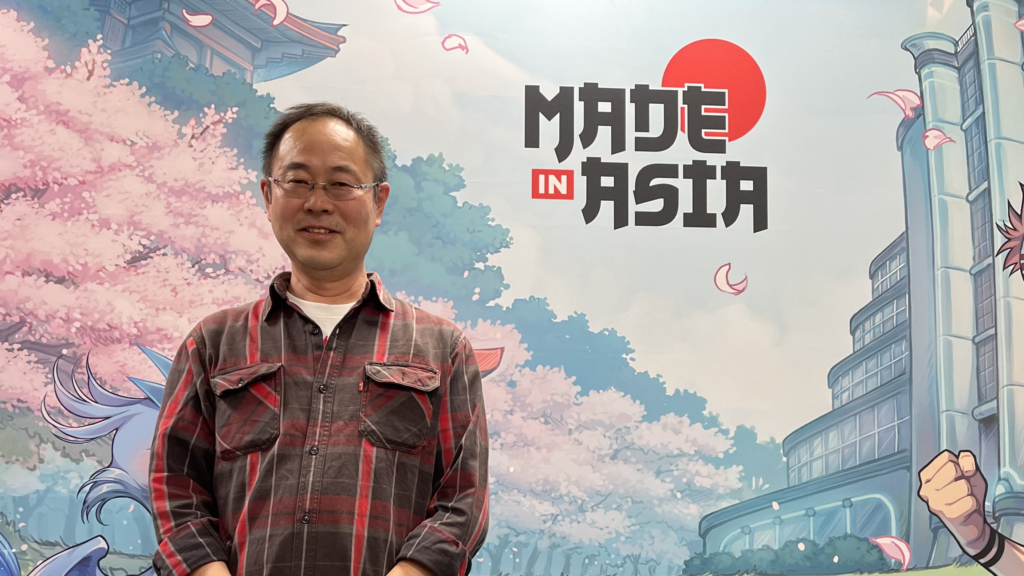 Shin’ya Ohira needs no introduction: with his immediately recognizable style, which emphasizes irregular linework and deformation, he is one of the most unique animators in the world. But Ohira’s style and career do not just amount to the deformations he is famous...

END_OF_DOCUMENT_TOKEN_TO_BE_REPLACED 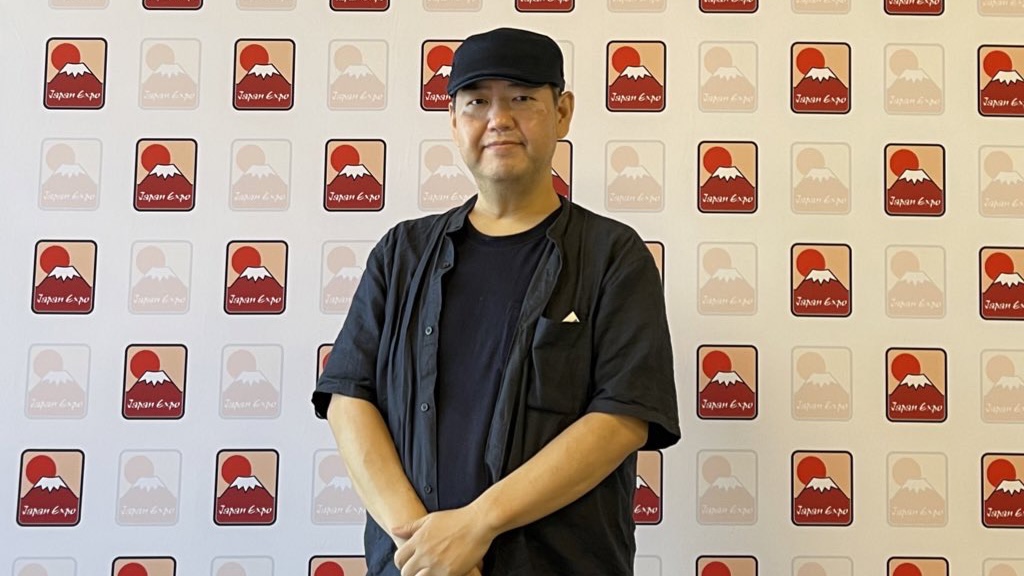 At this year's Paris Japan Expo, alongside Character Designer and animator Junichi Hayama, came his friend and colleague, Mr. Mamoru Yokota. Mr. Yokota is a well-established and respected artist both as an animator and an illustrator. In the early 2000s, he also...

END_OF_DOCUMENT_TOKEN_TO_BE_REPLACED

If you are a regular reader of our website, you have probably noticed our interest, or one could call a borderline obsession, surrounding a particular animator group known for their striking designs and contributions to many Toei Animation series, and whose origins...