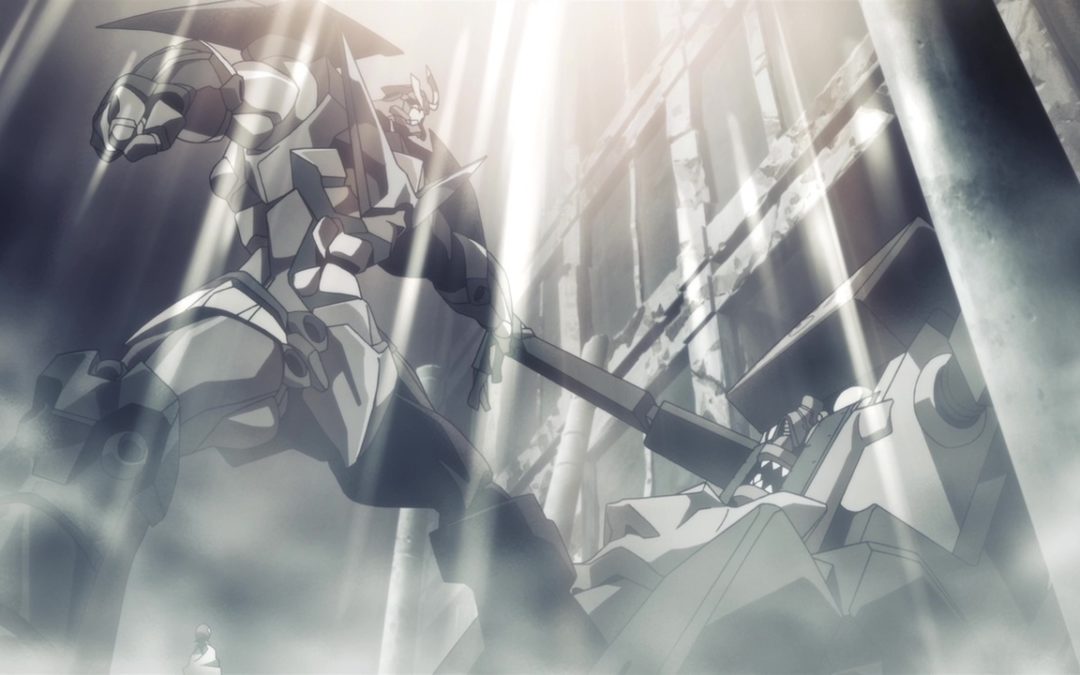 You can read the previous parts by following these links:

Gurren Lagann: the most talked-about, high-quality TV series of the 2007 anime world. A series into which Gainax poured all its might with the catch phrase, “the biggest robot anime of the 21st century,” and which became a new masterpiece under first-time director Hiroyuki Imaishi. Even after its initial run, the series is continuing to build its fanbase with impressive DVD sales and late night reruns. With that in mind, Anime Style presents a 27-part Gurren Lagann ‘various talk commentary interview’ web series. We were joined by both director Imaishi and assistant director Masahiko Otsuka for a frank discussion of their memories.

Kamina and his group were continuing their journey when they arrive in an underground village worshiping a Ganmen as a God: Adai. The episode introduces Rossiu, as well as Gimmy and Darry. Rossiu will later become the most serious member of the main cast, and play a major part in the show’s third act. Shouji Saeki makes his second appearance in the credits as the script and storyboard writer, tying up the episode as a quiet and serious representation of the dark side of people living underground.

Imaishi: I wanted episodes 4 to 6 to have totally different feelings, so I tried to put an absurdly serious episode just after a silly nonsensical one. I particularly wanted episode 5 to be the most singular of the show. It’s so serious it’s out of context (laugh). Though the story became serious overall, so I think it wasn’t as remarkable as it was supposed to be.

Otsuka: It even later got linked to the third act.

Imaishi: Right, it linked quite neatly by accident. I could imagine that the audience preferred this kind of story, so I thought it would be good to prove them that we were serious about this show by having an episode like this, that we’re doing completely silly stuff, yet aside of that we also have serious thoughts about it. Besides, it is also a youth training episode.

Is Hiroaki Tomita-san -who handled the storyboards with (Shouji) Saeki-san- a young talent as well?

Imaishi: I guess it was his first storyboard work. Saeki-kun was in charge of episode 5’s script, so I asked him to help him on the storyboards as well, in a sensei kind of way.

So basically, Tomita-san drew the storyboards and Saeki-san corrected them?

Imaishi: Right, then we had a director check to correct it again. It was quite roundabout when we think about it. Even then I remember it to be laborious: we had too much cuts and screen time, so we needed to cut a lot of it.

Did you assign this episode to Tomita-san because it was quiet?

Imaishi: I guess so, I think he’d be bothered if I asked him to write something like episode 4 and I personally couldn’t come up with ideas like those he brought for episode 5 (laugh). Or maybe I could, but I wouldn’t be able to tie them up. Saeki-kun is good at portraying grey zones. With that kind of grey, you can develop plots with different contrasts of blue for example. Mine tend to be Manichean in comparison (laugh). That’s why I think, this episode is Saeki-kun’s interpretation of the first episode. In his mind, life underground is as restrictive as this, and I think he represented it very well.

There’s quite a difference with Jeeha Village.

Imaishi: Indeed. Episode 1 was not as despaired as that, it’s more like “Hey, you guys look fine even underground” (look). He wanted to show that there were also villages like Adai.

Otsuka: Did you request that the colors should mostly be in black and white?

Imaishi: Hmm… I think it was when we were making the image boards with Kikutan (Daisuke Kikuchi)… I wonder when that was. It’s true that we brainstormed a lot about screen processing in the first episodes. Like, at first we were talking about making the underground world of episode 1 all monotone blue, but we reconsidered it. We couldn’t start a show like that. That’s why for this episode, we decided that we’d enforce that idea until we got something like what we first planned for episode 1, so it ended up all monotone. It’s also the reason why there’s an unusual amount of image boards for episode 5. Despite episodes 2 and 3 having almost none.

Imaishi: Well, after all, once we’re outside it’s a world of natural light and wastelands, so it’s not really inspiring screen composition wise. For episode 5, even light alone made layouts easier to make, so it’s where we wanted to experiment the most for screen processing. We were even talking about making it so dark it would be barely visible, on a borderline level where we could receive complains from the audience. We were wondering how dark would be the screen in a world lit only by candles.

Imaishi: They are, I think (Kikuko) Sadakata has handled animation direction once or twice on Sugar Sugar Rune.

Otsuka: She did, right.

Did they completely split the work between character and mecha animation?

Imaishi: They did, right and clean. The parts where mechas move were entirely key animated by Amamiya. The mecha part in part B is almost entirely his work. The introduction of part A is done by (Shingo) Natsume-kun. That’s when we had the “Natsume Shingo Shock”. I said ‘The successor of Hisashi Mori’s style has arrived!’ (laugh). It really had a Hisashi Mori feeling while also blending it with Shinya Ohira’s style. I was really shocked, to the point where I told the production assistant to give him more cuts (laugh).

Is he also new?

Imaishi: He is. Though he’s older than Amemiya, so he’s not a completely young talent strictly speaking. I think he had already experienced animation direction at the time. My image of his work was “Mori-san doing Kanada style”. What struck me the most were his cut entirely animated on the 4s and the amount of black cell shading he was using. When I see Mori-san’s key frames as well as Natsume-kun’s, I’m wondering “Will they be able to color this?” (laugh). They draw the parts so freely, we don’t even know if it will match the color code.

Otsuka: It was quite stunning, indeed.

Imaishi: Right, but we also had some delay on the color code sheets (wry smile). There were key frames delivered while no one knew how to color them.

How was Sadakata-san’s work as an animation director?

Imaishi: She’s actually better with a softer style. So I think it was a little bit difficult for her on an episode like this where we need a more solid touch for drawings.

Otsuka: She must be fit for something less organized. Though she was very efficient.

Imaishi: In counterpart, I guess we got a taste that cannot be obtained with people who’re too serious and rigid when they draw. I personally think it’s better for young people to start with something difficult. If they’re able to unleash their style after that, I guess it’s good for them.

The cuts by Chikashi Kubota were also quite noticeable, when Kamina taunts Rossiu.

Imaishi: Right, right, that was a great job of his. We recognize the man who came back from The Girl Who Leapt Through Time.

Otsuka: Episode 5 was also the first time for Kubocchi, right?

These interviews were translated by Twitter user @NohAcro This interview was originally published on Anime Style on 01/07/08.© 2020 Full Frontal 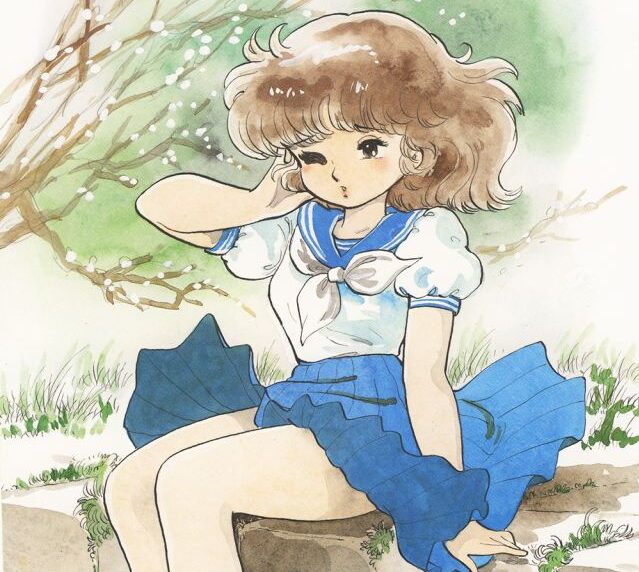 Japanese otaku fans are often associated with two controversial concepts: lolicon and moe. Outside of otaku circles, both terms are associated with some sort of abnormal attraction for fictional characters. To put it bluntly, they are perceived as two equivalent...

END_OF_DOCUMENT_TOKEN_TO_BE_REPLACED 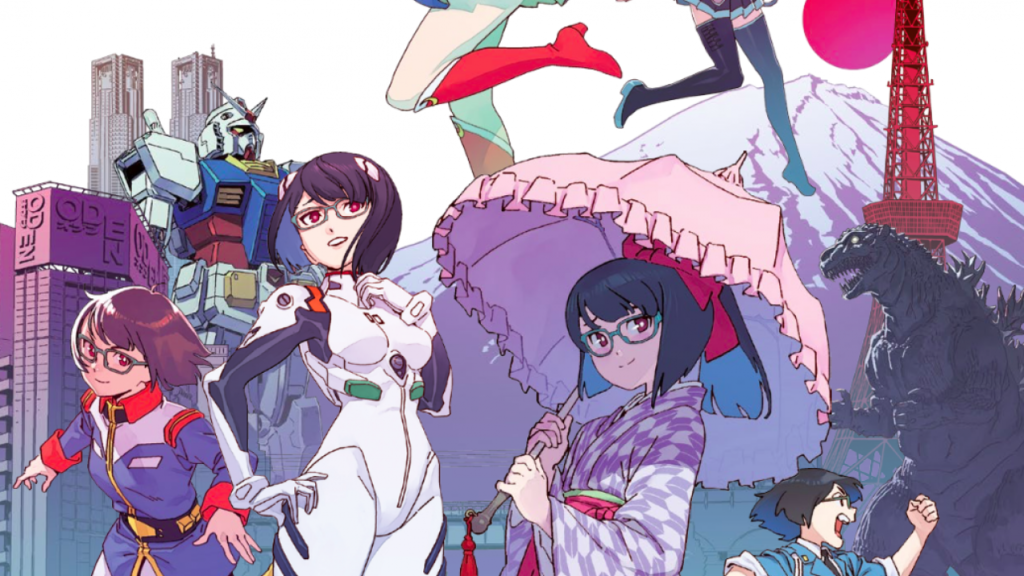 In December of 2018, the La Villette exhibition center held an exhibition named Manga <-> Tokyo about the representation of Tokyo's city in Manga, anime, and other forms of popular media such as Kaiju movies and Tokusatsu. The exhibition was curated by M....

END_OF_DOCUMENT_TOKEN_TO_BE_REPLACED 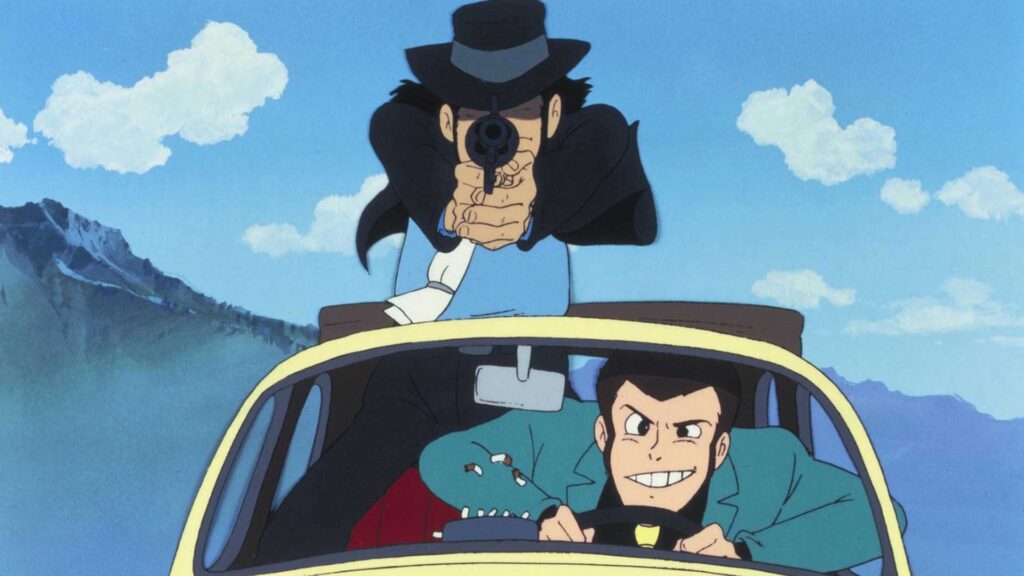 The following is a translation of an interview with Yasuo Otsuka published in the 2003 Lupin III Perfect Book as a celebration of the show's 30th anniversary. The interview goes over Yasuo Otsuka's involvement in the license, the conditions of the show's production...