One of the defining characteristics of The Tale of Princess Kaguya is how textured the entire film is. The climax of the titular princesses’ emotional journey is brought to life an amazing scene by the animator Shinji Hashimoto. The young Kaguya flees her home in a furious sprint. She is is angry, hurt. But how do we know that?

Part of it is the story/dialog contextualization, but I would argue that the actual emotion lies within the texture of the lines. At the same time, animation is the story. How something plays out, the actors on screen, the actual story only plays out if it is drawn. With animation, the animator is an actor, a cameraman, an artist, the special effects crew, and (last, but not least) a storyteller.

So let’s examine the clip:

Nothing in this shot seems stabilized. The camera is bouncing, almost struggling to keep subjects in frame. We cut to the moon as is fights (and fails) to stay centered. The ground shifts, straying up and down from the lower third of the picture. Princess Kaguya becomes reduced to a flailing, geometric figure. Her run is frantic, crawl-like, animalistic. It’s instinctual, without a goal, with no focus other than just running.

The background/foreground is inconsistent. The Princess is lost, and must stay lost. Where the frame to stop, it would allow us a viewers to orient ourselves, take in our surroundings. But that is the message of the scene; it’s all too much for Kaguya to take in at once. Her home changes. Her social circle, shifting. Shes maturing into a woman. So much has happened in the film up until this point. Her surroundings are never the same. As she navigates through this tumult, she stumbles, loses her footing, and falls.

All of this is owed to Hashimoto’s brushwork. The unruly, unpredictable nature of painting with a brush exacerbates this message. It speaks to the emotional instability of the character, bringing us into her world and showing us her perspective. This brushwork also provides a rhythmic pulse to the cut, as stands of hair are repeatedly brushed back by the wind, as dirt is clawed from the ground, fabric taking flight. Details become lost, foliage reduced to singular strokes of the brush. But yet the texture remains. 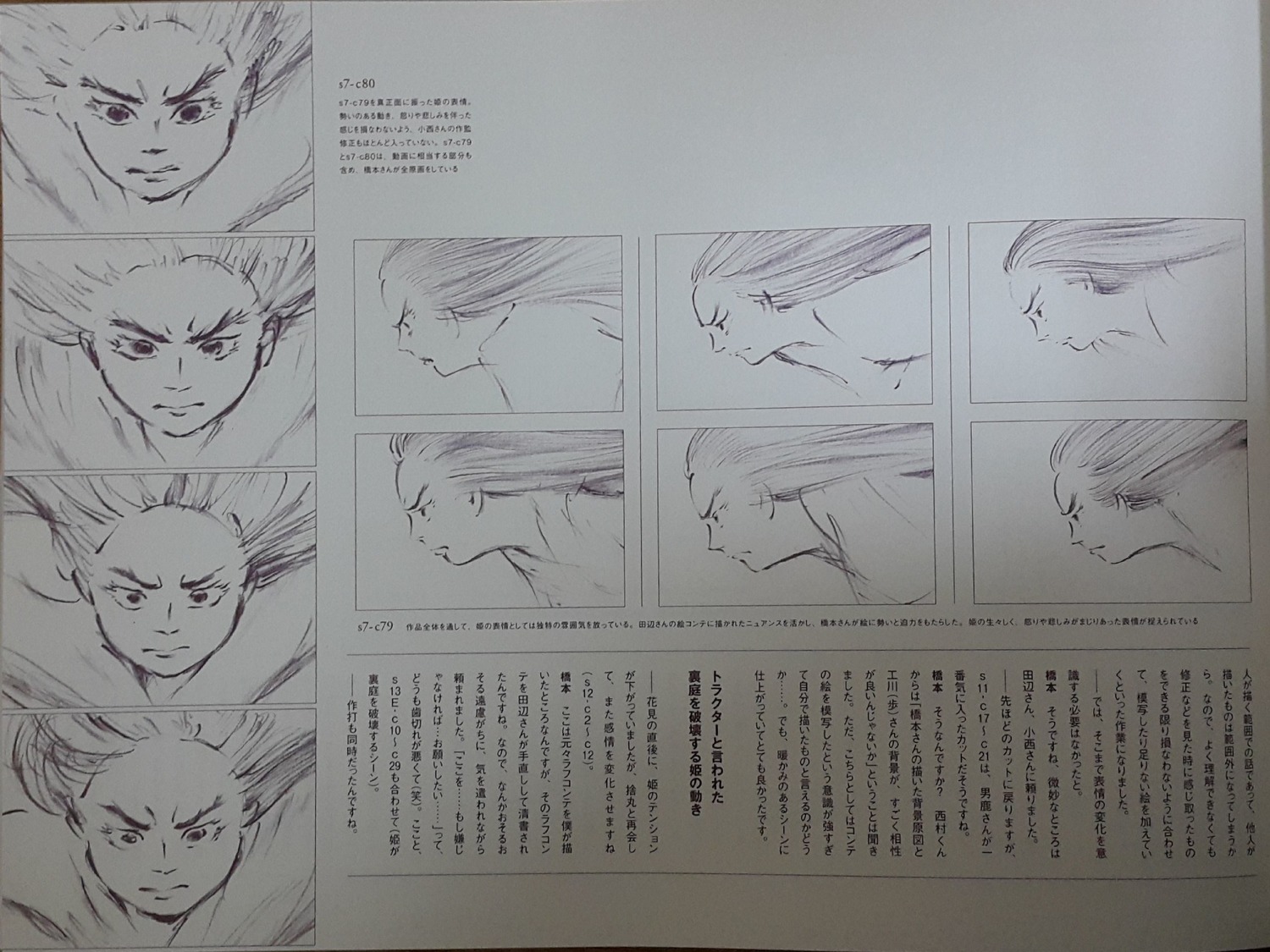 Story-boarder and character designer Osamu Tanabe was the brilliant mind to strike a balance between preserving details in the art while stripping away all other unnecessary details in a minimalist expression. To do this, the animation was drawn small, then enlarged. This method allows the natural grain to breathe life into the animation, capturing the lively spirit of art being made right before your eyes. But more than that, it speaks to the emotional integrity of the art.

It’s a moment where the everything, style, technicality, and feeling come together for a greater whole. ☕