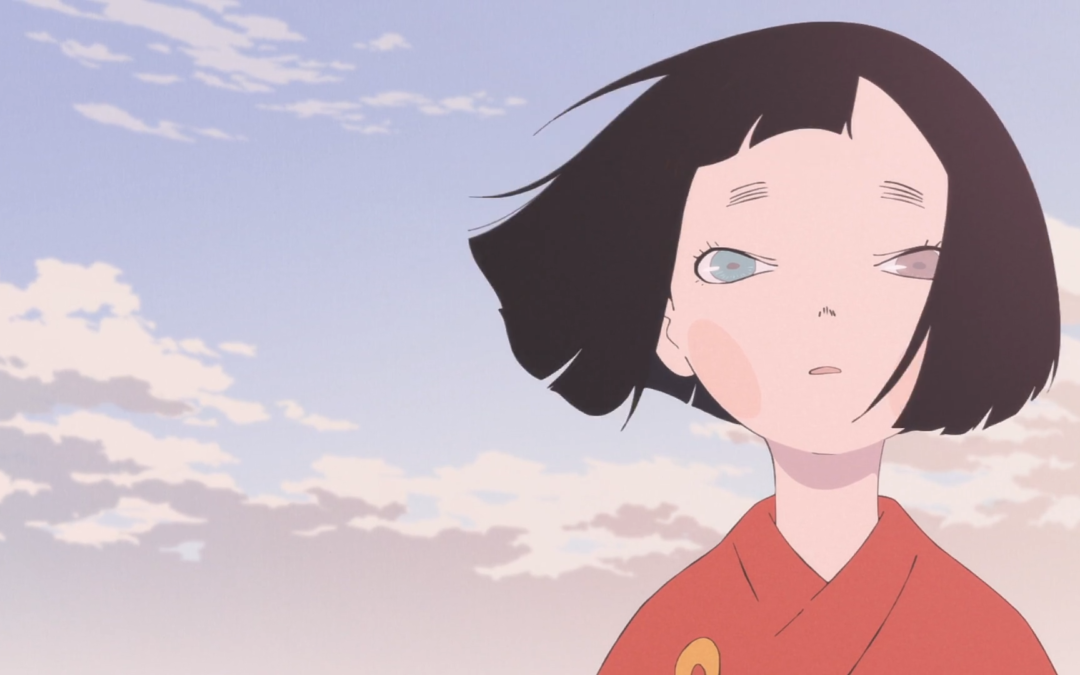 After eleven episodes, the curtain has finally closed on the story of the Heike clan.  Although it was a short affair, Heike Monogatari was able to deliver a phenomenal experience from start to finish.  However, the final act of the show took it to new heights by fleshing out its discourse on life’s impermanence through its direction.  The final three episodes showcased what its vibrant directorial team was capable of, making them some of my favourite episodes of anime from this year.  Let’s take a look back at some of the technical aspects that caught my eye in this three-episode stretch. 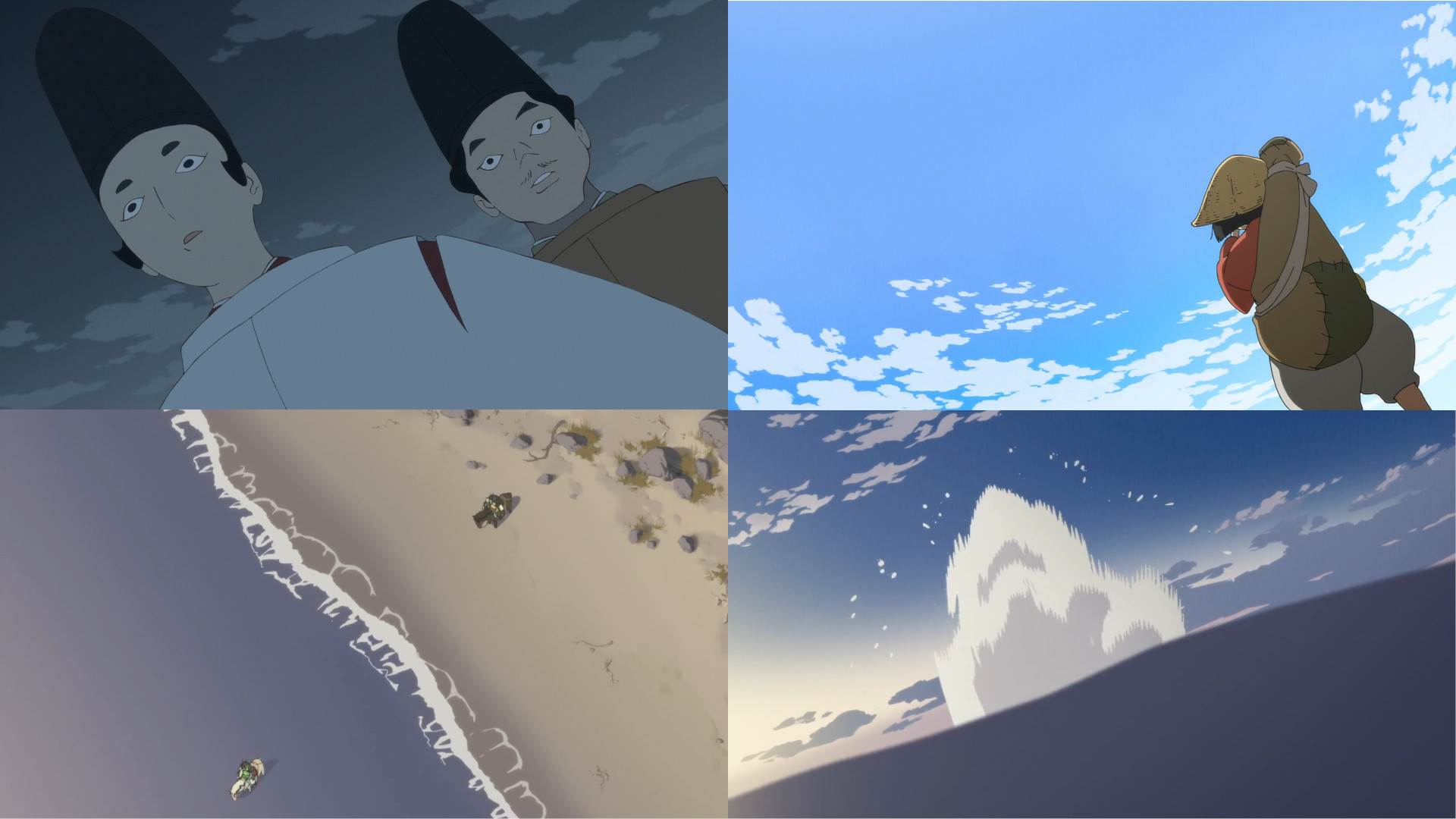 I was completely unprepared for Ryouhei Takeshita’s episode.  Although the episodes before this one made large strides to give us an understanding of how the Heike clan was undermining itself from within, Episode Nine began to display the group’s downfall in its visual language whenever it had the chance.  Unlike the more orderly or symmetrical compositions found in episodes storyboarded & directed by Naoko Yamada (山田尚子) or Ai Yukimura (雪村 愛), Takeshita makes use of canted angles to set a much more chaotic tone for the story.  Diagonal lines, created by the environment the characters are in, play a massive role in some of the most important parts of this episode; the battle between Atsumori and Kumagai is a testament to this, as they work to reinforce the tension between the two opposing sides at war.  One can read into this even further and connect it with the story’s ongoing discussion on determinism.  The embedded divisions within Takeshita’s compositions definitely left me questioning whether the battle with the Genji, the death of Atsumori and the fall of the Heike clan were fated to occur or whether they could have been avoided.

Similar to series director Yamada, Takeshita’s attempts to emulate the look of a real camera lens and all the quirks that come with it.  Jujutsu Kaisen’s ninth episode as well as the opening sequence for My Senpai Is Annoying (which were storyboarded & directed by him) felt almost like taste tests for ‘Heike Flowing’ because of their shared use of a shallow depth of field.  By focusing intensely on a subject, Takeshita is able to signpost who and what was of utmost importance to the viewer.  The moments preceding the clash do a great job of focusing intensely on Atsumori & his horse in order to make us aware of the significance of the encounter with Kumagai at the beach.  This approach is also taken when attempting to show who is of lesser importance; scenes capturing various Heike members and their associates fleeing to the port of Hakozaki give us an insight into the clan’s fading political influence.  By relegating those who were classed as ‘nobles’ to the blurry realm of the background, one can infer that the power of the Heike has been largely undermined, if not completely dismantled already.  The lack of separation between the people and the murky environment around them makes it clear that the Heike’s grip is at an all-time low; this shot dilutes their on-screen presence by portraying them as a homogenous, faceless mass of people, rather than the distinguished set of individuals that they were depicted as in previous episodes.  It’s easy to overlook the camera lens’ significance in an animated work but Takeshita reminded me that small things like depth of field are worth paying attention to and can significantly enhance some of the narrative’s ideas. 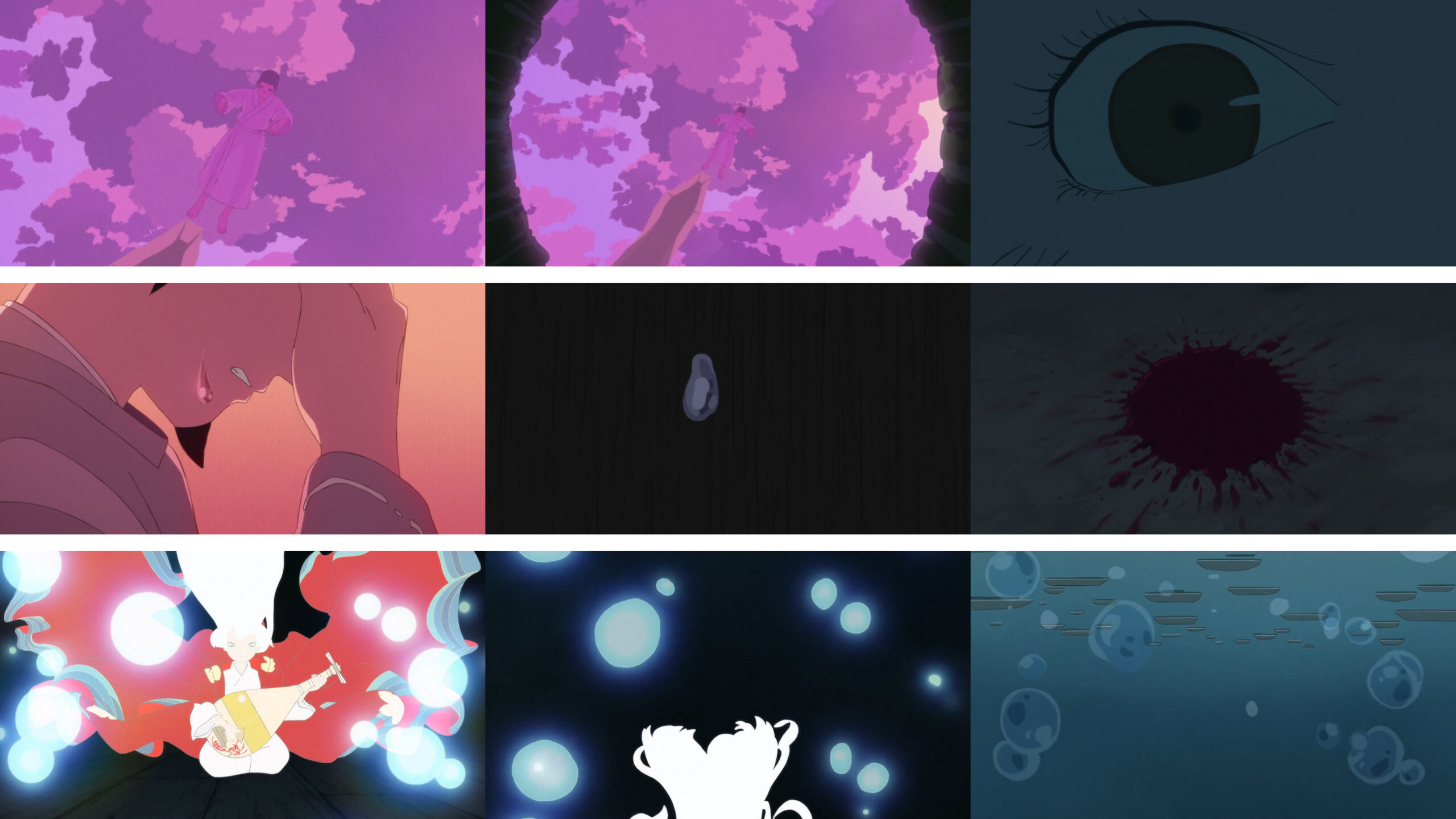 ‘Connected’ would be the word I would use to describe the essence of this episode.  Yamashiro constantly uses clever methods to connect multiple locations together, strengthening the idea we are all unified as humans by our mortality.  One of my favourite examples of this can be found at the end of the first half which transitions from Koremori, who is bidding farewell to the world, to Biwa who is burdened with watching his death through her eye.  Outside of their contributions to the narrative, these transitions are also very useful on a practical level.  By the camera pulling outwards from the water and then coming out of the reflection of Biwa’s eye, Yamashiro makes it easy for us to understand the connection between both locations, clearing up any confusion about the events that are unfolding.  These smooth transitions are used when shifting from the present to the past too.  Koremori’s teardrop bridges his current feeling of dread (as he ponders the fall of his clan) and his prior experience of dread on the battlefield.  I could go on about these transitions for ages but what exactly makes them important to the anime?  In my opinion, it makes our viewing experience a much more pleasant one.  Heike Monogatari has a lot to say for an eleven-episode series, let alone its final act; by linking ideas together like this, the anime’s commentary on the impermanent nature of life and what gels humans together becomes a little bit easier to understand.

I am constantly taken aback by the work that Fūga Yamashiro is able to produce, especially when I remember that he has just begun his career as a director and storyboard artist.  This episode only made me even more excited to watch Masaaki Yuasa’s (湯浅政明) INU-OH since Yamashiro was credited as Assistant Director for the film.  It is also quite convenient that the film is somewhat related to the original epic that the Heike Monogatari anime series is based upon. 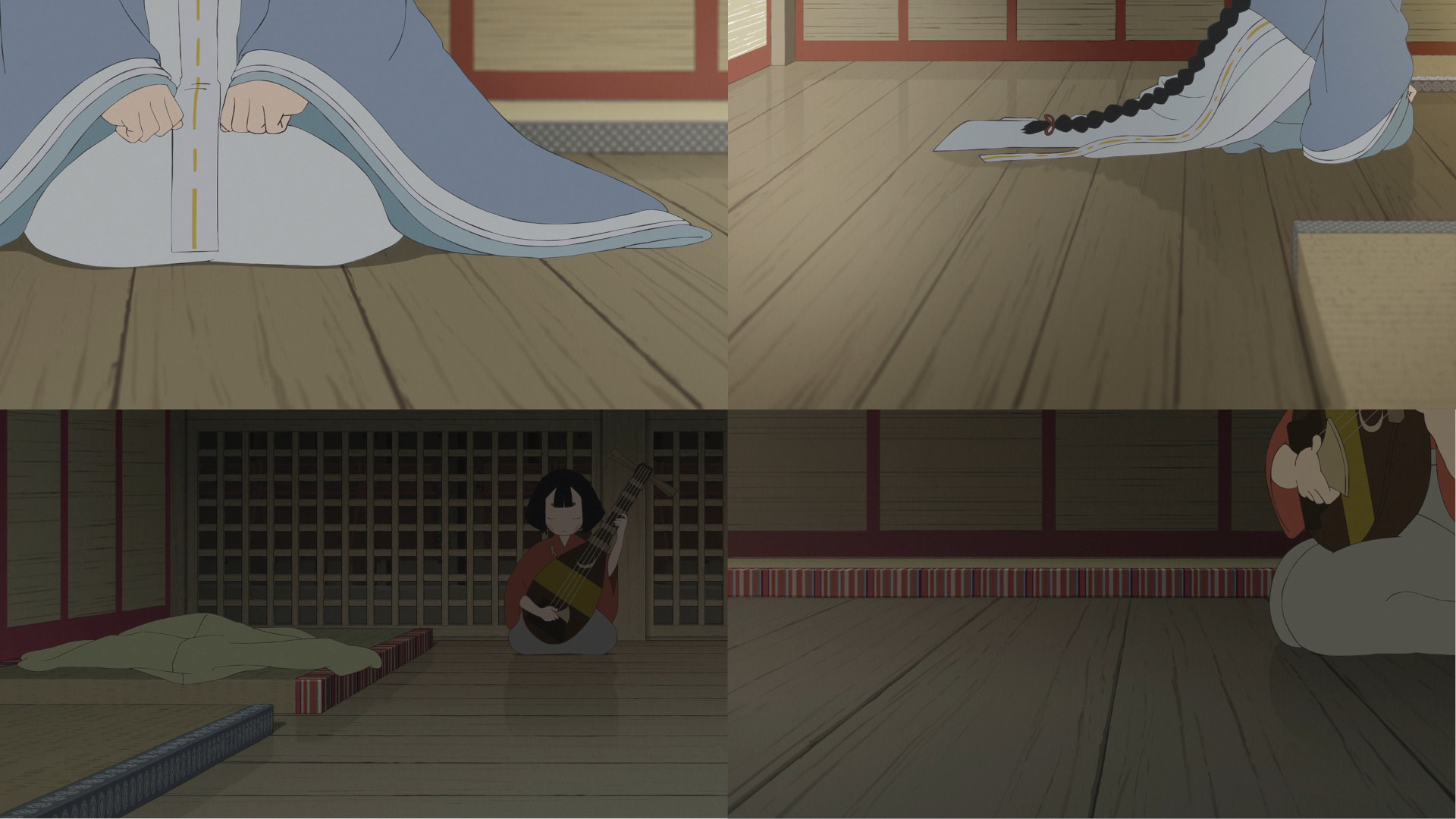 After watching both episodes nine and ten, I was quite nervous about whether the finale would be able to offer an experience of the same calibre.  However, my fears were alleviated upon watching it.  This episode features many of the integral members of the directorial team and it honestly does a good job of reflecting that as it incorporates the sensibilities of all of the creatives credited.  With that being said, ‘The Impermanence of Worldly Things’ is very much a Yamada-style piece.  Just like Episode One, both storyboarded & directed by her) the periphery of the frame is taken advantage of as much as possible; it serves as a handy tool for communicating the growing isolation that Tokuko & Biwa are feeling as the Heike clan continues to crumble before them.

The lighting in this episode plays a crucial role in communicating some of the anime’s parting messages.  The warm lighting found in previous episodes manages to find its way into this one too.  Just like Episode Ten and Episode Seven (storyboarded by Nagatomo & directed by Yukimura), the warmer tones are reserved for addressing the theme of death, evoking images of fire and ‘hell’ which supposedly awaits the clan members in the afterlife.  The sun is setting on an era of political dominance for the Heike clan and the lighting only helps to reinforce this.  In contrast, the second half is defined by its green tones, speaking to the idea that death may not be the ‘end’ for humans and that opportunities to grow can be found after periods of hardship.  I really love how Tokuko’s skin is graced by the green lighting ever so slightly, likening her growth to the healthy plants around her.  Her resilience as well as her ability to continue living after the death of her entire family is admirable and the lighting only reflects this.

To me, the best and most creative anime are more than just immersive experiences but reflections of their staff’s unique visions.  This is even more important for an anime like Heike Monogatari which depicts the life of many people and navigates the notion that suffering is experienced by everybody in some shape or form.  To capture the broad array of personalities and lived experiences present in this rich story, it is only right to allow different creatives to come at the show differently – this is what makes the final three episodes and the entire anime a huge success in my opinion.

Outside of the story itself, this anime was such an exciting weekly experience since every episode came with a surprising set of credits to dive into.  Heike Monogatari was the first series directed by Naoko Yamada outside of the walls of Kyoto Animation, inevitably leading to a unique collection of staff coming together to bring this story to life.  I particularly admire the decision made to bring younger creatives on board and I hope both this article and the anime can make at least a section of the western anime community more aware of the up-and-coming artists who are rising up in the industry.  The future for this entire directorial team looks very bright, but the question of where Yamada and these staff go from here is still a bit of a mystery.

Writer’s Note: If you’re still craving for more Heike Monogatari analysis, I recently finished making a series of podcast episodes on the anime’s direction.  All of them can be found in this playlist. 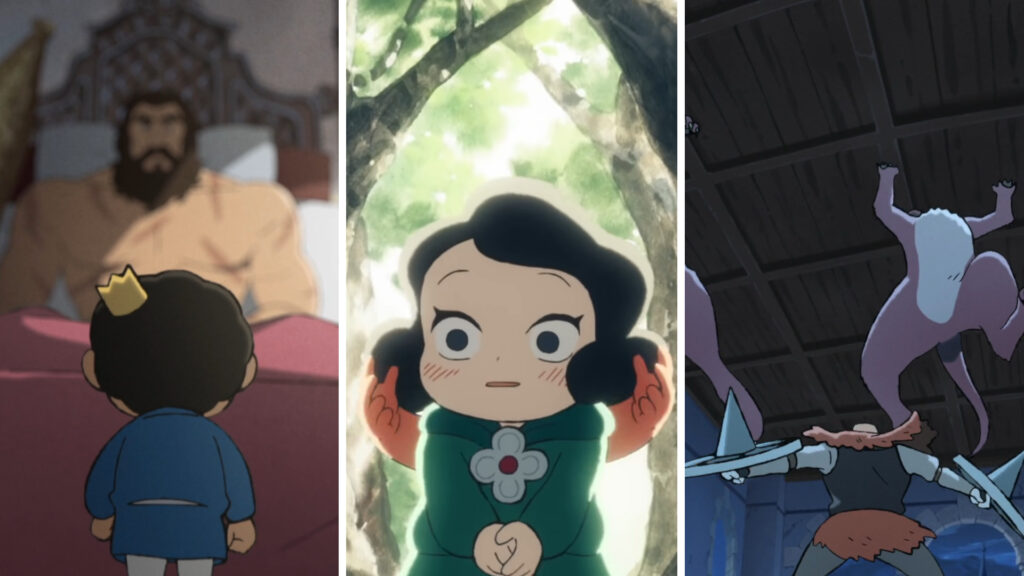 Ranking of Kings is a ‘big’ anime for various reasons.  First of all, this series serves as Yousuke Hatta’s debut as a series director.  Hatta has made leaps and bounds of progress in the past few years, featuring as a storyboard artist and episode director on many...

END_OF_DOCUMENT_TOKEN_TO_BE_REPLACED

With 2022 close at hand, we, the staff at Full Frontal, wanted to share our future goals, upcoming projects and express our gratitude to all who have participated in our journey thus far! This post is intended to sum up the main talking points we discussed on...

END_OF_DOCUMENT_TOKEN_TO_BE_REPLACED 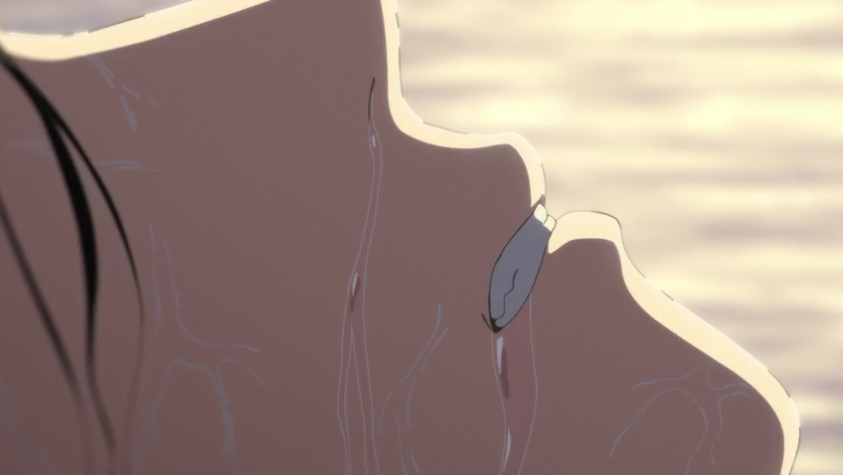 The ninth episode of Heike Monogatari has particularly struck me through its visuals. The following scene, which serves as the climax to the battle between Taira no Atsumori and Kumagai Naozame, is representative of some of the aspects that made this particular...